DroneUp continues its partnership with Walmart and Quest Diagnostics in their attempt to address the growing need for socially distanced COVID-19 testing via drone delivery. The groundbreaking project, which has successfully delivered thousands of at-home COVID-19 test kits, brings to life a vision of the future—accessible, wide-spread drone delivery to residential areas.

To face the nationwide challenge, DroneUp picks candidates from its global pilot network for the interview and onboarding process of becoming a delivery pilot. On the ground at Walmart stores throughout the country, pilots, air bosses, loadmasters, technicians, and supervisors all work in-step to safely and quickly execute the deliveries.

In Cheektowaga, New York, just east of Buffalo, one such operation just concluded. To showcase and thank the pilots who were invaluable in the operation’s success, we’ve featured some of their voices below.

Greg was one of the first pilots recruited to assist in the Cheektowaga operations. DroneUp had him conduct an aerial survey of the areas to offer situational insight. After a few days of flying the areas and getting familiarized with the project and the team, he joined the flight crew. In the project’s first days, the tasks focused on logistics—establishing processes, understanding the airspace, and working out equipment needs.

“Things were handled in the order of importance, and by the time I left, they were in productivity mode. They were more looking at numbers than they were problem-solving,” Greg said. “There was a lot of energy, enthusiasm, and expertise among the DroneUp staff and the pilots they brought in.”

Greg was pulled away by his own drone business before the operation’s conclusion, but he left with a positive impression of what he’d seen. Of course, it wasn’t his first time hearing about drone delivery, but it was the first time he’d seen it executed.

“I’ve seen a couple of companies talk about doing drone deliveries, but I’ve never seen anything on the table. One of the things DroneUp has going for it is they’re doing it,” he said. “There’s a lot of talk about using drones, but there’s only one I know of delivering a product of value to a consumer at any scale at all.”

Greg spent several years in the military before getting into the business of managing manufacturing plants. For 20 years, he oversaw “turnarounds,” which involved assessing those plants’ personnel and operations and making them more efficient. He saw similarities in that work and the Walmart project in that it took key players working hard with sound systems to function.

Erick got into professional drone work just after Part 107 regulations had been put into place in 2016. While he jumped in as a hobbyist, more and more commercial opportunities came up, and it eventually became a more full-time affair. Nearly three years ago, he established a business primarily conducting industrial inspections and documentation.

He grew up in Cheektowaga, although he lives in Ohio now. When DroneUp put the call out for pilots, he was surprised to see an opportunity like this pop up five minutes away from his childhood home. “It’s like it was meant to be,” he remarked.

“The whole operation is extremely safety-oriented,” Erick said. “A lot of attention is going into every detail. They listen to all the feedback. I tell you, safety is the biggest thing I’ve taken away from all this.”

Erick echoed a sentiment expressed by many pilots when he said he hopes to keep in touch with everyone even now that the project is complete. In the past, pilots have remarked how the job of a solo drone professional can be somewhat lonely. They often appreciate the opportunity to learn from one another and get insight into how others run their business and how they fly.

He’ll resume his professional drone career now that the project has concluded. One of his takeaways, though, is that he probably won’t be doing delivery on his own anytime soon.

“When I wrote my business plan three years ago, I put this in there—residential drone delivery. I was hopeful it was something I could do on my own, but this operation has shown me I would not be capable of doing this alone. This operation has reaffirmed to me that this is going to be a real thing on a large scale in probably only a couple of years.” 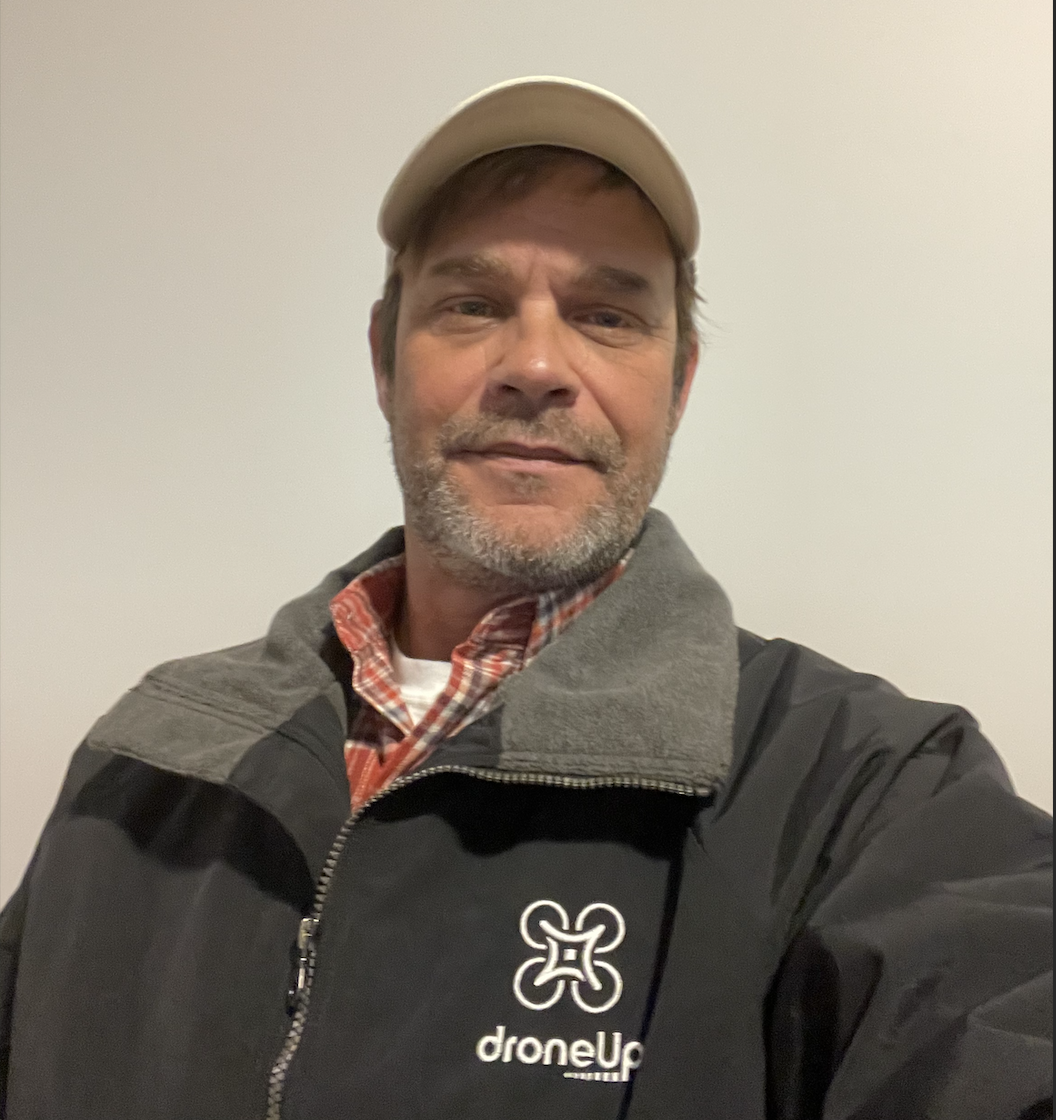 Shooter had known DroneUp Founder and CEO Tom Walker even before the company’s inception. They’d had many conversations about drones as Tom’s vision of the company was just starting to form. It spurred Shooter’s immediate excitement about the technology, and that fascination has persisted.

“I can’t imagine anybody not having an interest,” Shooter said. “I immediately recognized inevitably, there was a huge future for them, including what we’re doing with SAR [Search & Rescue], mapping, and delivery. I could see that all before it came to be.”

He finally decided to pull the trigger and jump in with a Phantom 4 Pro V2.0. He owned and operated a construction and contracting company for many years, but as he’s gotten older, the work has gotten harder on his body. As soon as he’d flown his first drone, he knew he wanted to do it as more than just a hobby.

Going into the Cheektowaga project, he felt he had a pretty good idea of what to expect. Some of his expectations were exceeded, however, especially in regards to the atmosphere.

“It was everyone being positive and working daily to make things better and more efficient,” he said. “It was exciting to jump right into it with people who are excited to be doing what they’re doing. Immediately, I felt like I was in the right place at the right time, and felt fortunate to be a part of it.”

Like a well-oiled machine, Shooter said it was satisfying to see the actual loading, takeoff, delivery, and landing of each of the test kits to the residences. Each person in the crew had to be on their game, and everyone had a specific job to do that was crucial to the mission.

Steven was involved in the Las Vegas delivery operations before being called across the country to work in Cheektowaga. That experience and his previous seven years working with drones proved crucial, and he took on the role of Air Boss in New York. His primary role was to help train the new personnel. He missed the warm Vegas temperatures he had back home, but he enjoyed the opportunity to travel to do something positive.

In his first week in New York, Walmart’s executive team members were present to observe some of the operation and several news crews and passerby’s. With the drone’s ultimate responsibility being on the remote pilot-in-command (RPIC) as per Part 107 rules, Steven felt the pressure on him, but he wouldn’t go as far as to say it was stressful.

“It’s felt above anything else I’ve done,” he said. “I was on one of the first crews to do power line inspection in California—I’ll be able to tell my kids I was one of the first to do drone delivery. I think I delivered the first package in Las Vegas.”

Like many of those who have participated thus far, he’s walking away hopeful and optimistic about the industry’s future at large, and drone delivery especially.

“We proved the concept was possible,” Steven said. “We didn’t need giant, extravagant drones. I didn’t think it was coming this fast, I thought it would take a little longer, but I’m happy to see it happening. I think it opens a huge variety of drone opportunities, a lot of jobs.”