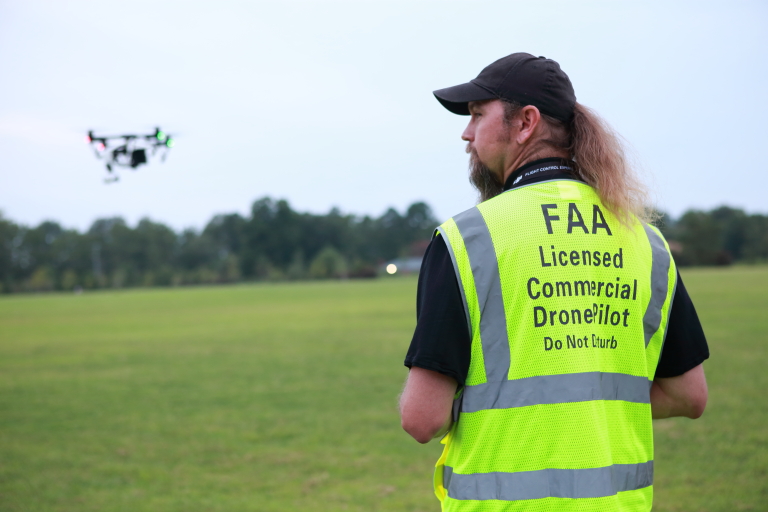 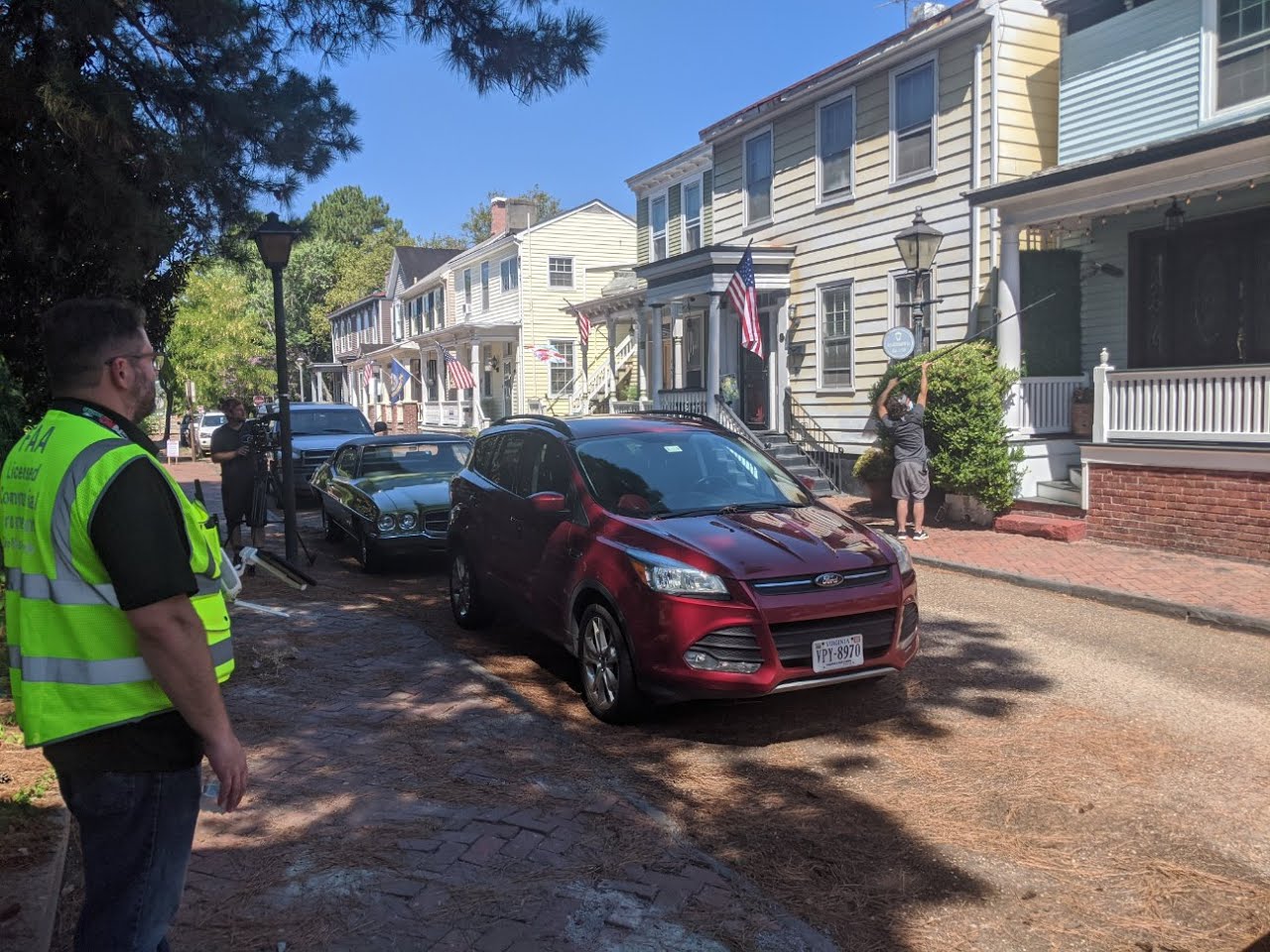 It’s reaching the point where, if you see aerial footage in a film or on television, it’s almost always captured via drone. They’re fast, versatile, affordable, and you’re able to equip them with 8K cameras to capture cinema-quality video. When a production group in Hampton Roads, Virginia needed drone footage like this, they approached DroneUp.

As production companies continue to integrate drone technology into their operations, they have a lot of factors to consider. What kind of quality is needed in their drone footage? Considering the environments they’re filming in, how powerful does the drone need to be? Is this something they can afford? Should they develop this in-house, or can they outsource the drone work specifically?

In this scenario, New Dominion Pictures needed a two-person team consisting of a pilot and visual observer to fly over the beautiful Olde Towne District, capturing a ferry crossing the Elizabeth River and views of the historic, parallel waterfronts. DroneUp tapped into our network and selected pilot David Wilson and VO John Beales to aid on the shoot.

John already had some experience in broadcasting and television, so he was excited and quickly took this opportunity. Him and David arrived on set at 9 a.m.

“David and I immediately established a good working relationship,” John said. “He was open to any of my suggestions, and I saw his experience. We were able to coordinate and he’d immediately know what I’d said. It was nice working with an experienced pilot.”

Because of the hazards associated with flying a drone at a low altitude over Olde Towne Portsmouth, it was critical for David to have John as a visual observer.

“Especially down in the area near the harbor,” David said. “There were times when military helicopters were flying low down the water. Not only was he a VO looking for obstructions, he was also helping me with gear, helping with shots. Because he’s a pilot too, he knew what I needed.”

The two of them had to keep up with the rigorous pace that the film crew had to maintain, so they were challenged to be very mobile. John was armed with two radios, and would relay messages between David and the film crew.

“All my equipment was in a backpack so we could keep moving, getting pickup shots along the way,” David said. “Because the schedule was pretty tight, we had to move along at a good clip. The director would get on the radio and say ‘We need a drone shot.’ I’d fly a practice take, they’d get into position and the director would say ‘Go drone’ and John would relay that to me.”

That communication is to thank for the work’s successful execution, and they were able to film all day without incident. There were challenging shots and the pace was demanding, but both of them walked away satisfied with the footage and the work.

“It was an absolute blast to do,” John said. “I would recommend being a VO. It was more rewarding than I expected, at no point did I feel like I was second fiddle. I’d recommend anyone working with a film crew have a VO.”