The sustained growth of the popularity of drones continues to find new markets and new applications on an almost daily basis. In the residential sector, one of the first ways drone operators began capitalizing on their skills and equipment was real estate photography. Drones offered a safer, quicker, and more affordable way of capturing stunning photographs of a home than manned aircraft alternatives.

Unsurprisingly, drones are revolutionizing a new component for homeowners: roof inspections for insurance providers. Rooftop inspections can be dangerous, and it isn’t uncommon for those tasked with evaluating roof damage to suffer falls and injury.

DroneUp continues to expand the regions for which they offer these inspections. We allow talented pilots from its vast network to take targeted training to complete the inspections with maximum efficiency and safety. For those drone operators, access to these jobs makes for income far steadier than can usually be expected for them in this industry.

These pilots are picked from our national pilot network initially because of their location and their equipment. They provide their weekly availability and are then put through an online training course. The purpose of the course is to instruct them on how to present themselves and communicate with customers, how to use the scheduling and inspection apps, as well as how to complete the ground portion of each job using a mobile device. They then take an exam and fly a practice inspection of their home. Once completed, the DroneUp pilots attend a webinar before undergoing a background check and are entered into the system for performing these inspections. The inspections are cumulative and are meant to be a great source of supplementing work and income.

For this installment of our Drone Jobs series, we selected several of our inspection pilots for an interview to hear their thoughts on working with DroneUp to do these storm damage assessments: 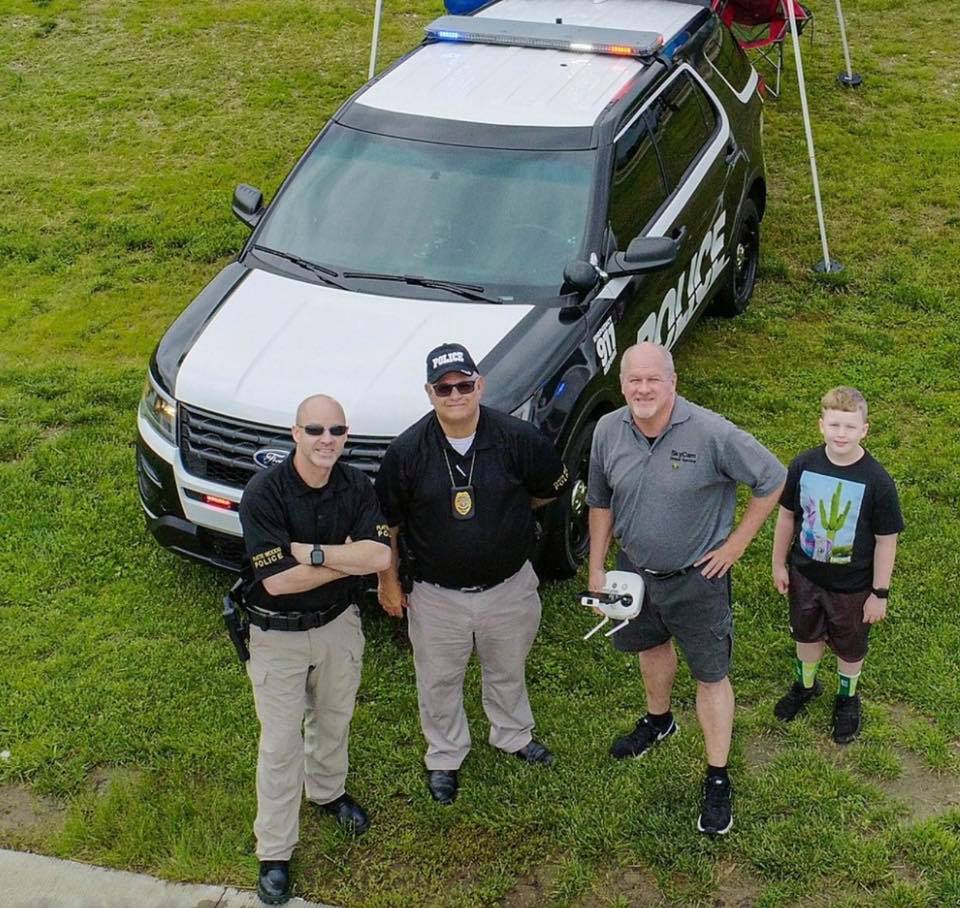 We’ve actually featured Mike in a previous Drone Jobs article. He started in the business early on, forming Sky-Cam, an independent drone services group in Kansas City, and he joined the DroneUp team almost two years ago. He’s stuck with us since thanks to our competitive pay and robust mission support.

Taking on the additional work of roof inspections was a logical step for Mike. He’s worked both as a general contractor and specifically as a roofing contractor. He still “dabbles” in roofing, helping to maintain and construct several commercial and residential roofs a year. Drones have led to incredible changes in that construction and maintenance in the past few years.

“I brag that I have not been on a roof in over two years. My wife is really happy about that,” he said. “I have friends and business associates who have fallen off of roofs while inspecting—back in 2002, I actually fell off a roof.”

He said stories like that are what make him an advocate for drones for inspections. Not only are they safer, but they also save money in ways you might not expect. When an inspector is on a roof, they do more damage with footfall than most storms would. Additionally, figuring out if you’re going to need to rent a manned lift or not can have huge savings.

“What I tell people is, the drone can at least show you enough of the right type of damage to justify filing a claim or moving forward with whatever process is involved, including having boots on the roof,” he said. “You have better situational awareness about the roof and surroundings.”

Doing these inspections via DroneUp has become a way for Mike to supplement his core business and utilize his vast experience. The well-defined requirements of each job make for efficiency.

“It gives me all the confidence in the world that there’s a workflow expected of me,” he said. “I can get in and out in 30 minutes. When I get home, it’s a quick upload, I submit my invoice and I’m happy. It’s the way of the future, it’s the way things are going.”

Luke is in his third year of professional drone work, setting up a formal business about a year ago. In this time, he’s primarily flown work for realtors and land auctioneers. However, flying these home roofing inspections with DroneUp has become a significant portion of his work.

“The piloting app is great,” he said. “I like being given an upload link to send the photos. The dedicated web link for each job, that you can access from your phone or a computer, is convenient.”

Luke, like many of the pilots on our network that participate in these inspections, enjoys the specific requirements listed for each job.

“As for what I’m supposed to do at the job, the shot list is pretty clear,” he said. “I’ll be flying these jobs as long as they’re available.” 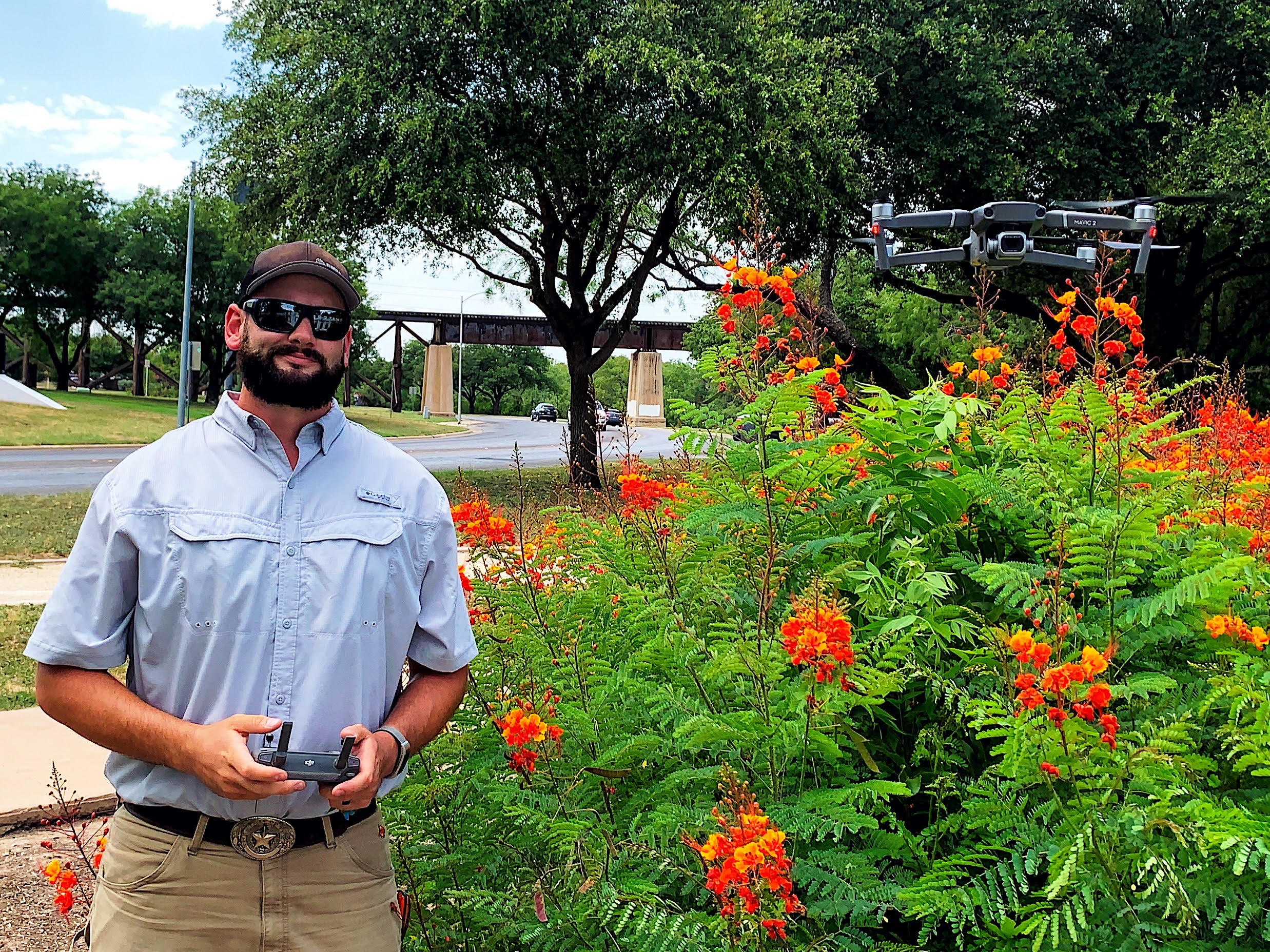 Robin hails from Belgium, originally. Growing up right next to an airport, he developed an interest in aviation as a child—in addition to video games. He sees drones as an intersection of the two, like many others. It wasn’t until last year that he earned his Part 107 certification, and he promised his wife he could make the Mavic pay itself off.

He’s now paid it off several times over. He worked in oilfields almost exclusively since graduating college but left as soon as he got offered work flying the oilfields with his drone. COVID struck almost simultaneously, though, and he was left out of a job.

“I started looking for whatever jobs I could find,” he said.

He picked up some drone work in Houston, Texas, not too far from his home in Midland. He went out to do roof inspections with his Mavic over the course of two weeks.

“I may not do two weeks at a time anymore because my wife is getting upset with me,” he said. “I mostly enjoy not being in Midland. Midland is an oil town, two hours south of Lubbock. They call it the Armpit of Texas. I’ve lived there since 2012, and we’re both ready to leave.”

Now, doing inspections with DroneUp, he’s developed an efficient system for doing jobs at volume, remarking that he’s completing them at a pace that makes for good pay.

“I like the fact that you can pick them up and get going. At this point, I’ve done well over a hundred. It’s at the point where I’m starting to improve on things that aren’t even necessarily drone-related. I interact with a lot of people daily, so customer service comes into play, and you have to manage your appointments.”

Still, the actual drone piloting is being honed just as well. He says he continues to learn little tricks here and there, and still sees new types of roofs he hasn’t inspected before with their own quirks. He gets more precise with the drone’s control and can notice issues more quickly on different surfaces. All-in-all, the work has proven to be fruitful.

“I went from not having a job in March to making more than I’ve ever made in my life,” Robin said. 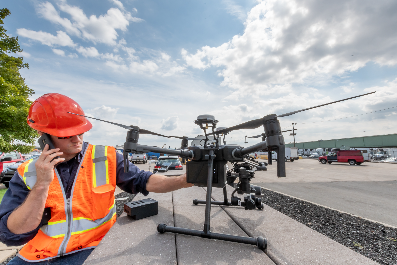 Someone bought Tim a styrofoam toy drone for Christmas in 2014, and almost certainly had no idea it’d become a career for him. By the time the thing could fly no more, it was completely covered in electrical tape. He found an FPV racing group in Virginia Beach and soon bought his first of many racing drones.

“What happened was I kept crashing them,” he said. “I’d do all the repairs, fixing all the motors, the flight controller… pretty much every component in the drone, I learned to repair. Still kept crashing all the time.”

He just kept going down more and more rabbit holes, researching everything having to do with drones. He started discovering resources that’d allow him to make money with them, like DroneUp. He went out on a limb and bought a Mavic 2 Pro.

As time went on, he upgraded to a larger drone fitted with more expensive sensors, and he was flying inspections of solar farms using infrared. Still, he’s found that jobs like roof inspections with DroneUp are valuable, and he continues to fly them.

“I like the format of the short ones,” he said. “It’s convenient if it’s local, and if you’re already traveling and can pick up jobs on your route, that’s great. I think it’s efficient with the format. Follow the shot list, go in, get out, get paid. It’s a good gig.”