In the far-east of the Midwest, just outside of Columbus, Ohio, Tyler Gergley is getting his career in drones off of the ground in a time where every dollar counts. He’s been in sales, one way or another, for many years. He enjoyed it when that meant he was driving a Bentley SUV and learning about Lamborghinis, but despite the luxury, the work wasn’t fulfilling and definitely didn’t satisfy his love of aviation and aerospace.

“I’m a big car guy, and I really liked working on those cars,” he added. “The longer I was there, though, the more I realized I didn’t want to be in that industry. If you don’t know cars, they take advantage of you every way they can.”

He didn’t take the route of manned aviation, but he started to notice drones becoming more accessible and advanced. He’d already been a hobbyist in photography and video production. His family always tasked him with making movies of weddings, reunions, etc. It seemed to be a natural next step for people like that – to put a camera in the sky.

He bought a DJI™ Phantom 3 in 2015, and almost immediately realized the business opportunity. He got his Part 107 in 2017 and remarked that he was surprised how easy it was. He was doing small jobs, primarily real estate photography, and it’s been slowly ramping up since.

Tyler considers himself to be pretty tech-savvy—he’s been on computers since the age of six years old—and drones are an extension of that technology. His brother bought a Phantom 4 V2 when Tyler first got into it and promptly crashed it into a tree on his third flight. Tyler on the other hand has managed to keep all of his drones intact over the years. 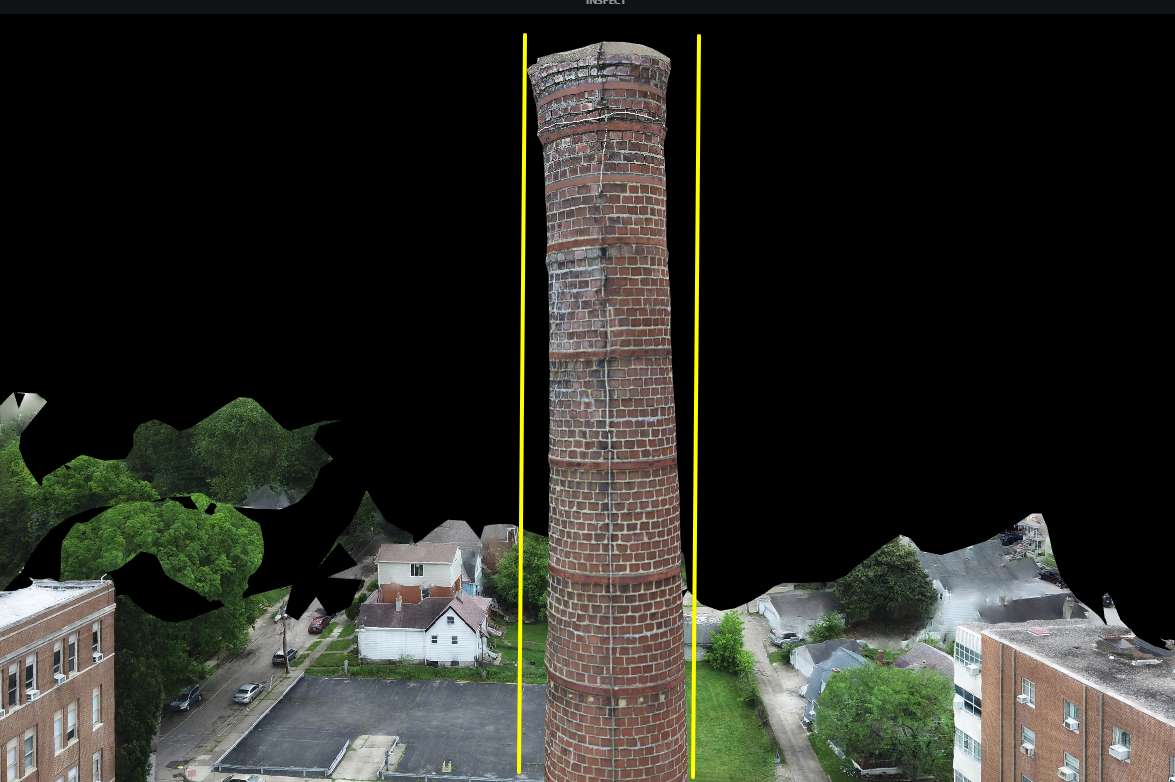 DroneUp tasked Tyler with capturing images of a smokestack in Covington, Kentucky, just a few hours south of his home in Ohio. He took more than a thousand images of the brick pillar from all angles.

These images were processed and reconstructed into a highly detailed three-dimensional model. The finished product will be helpful in doing an analysis of the smokestack’s condition without endangering any person.

Tyler hopes to make a full-time career out of this, soon. Like many drone pilots entering the industry, he’s yet to reach a point where it can serve as his sole source of income. He plans on building a website and beginning to market himself soon.